Are you looking for the best gaming VPN? If yes, then you’re at the right place as today we’re going to tell you about the 5 best VPN for gaming.

There’s a widespread misconception associated with the use of VPN for gaming. People out there believe using a VPN while gaming results in poor connections. I too had a similar opinion earlier. But since I got to know about the incredible benefits of a VPN, my mind has changed.

VPNs can help you reduce your ping, increasing the connection speed. Internet service providers are habitual of slowing down internet speed, also known as ISP throttling.

They do so because they have to offer similar speeds to all the users. If they work out that you’re consuming more bandwidth than others, they’ll automatically slow down your connection.

VPN appears quite effective in this scenario. It prevents ISP throttling only to give you a fast connection. However, the use of VPN involves a slight decrease in speed. But overall, it offers a stable connection with satisfactory speed as long as you play.

Plus, the VPN safeguards you from various kinds of cyberattacks faced by professional gamers, particularly DDoS attacks from opponents, which are extremely common in competitive gaming.

How to choose the best VPN for gaming?

While choosing the best VPN for gaming, it is really important to consider a few crucial factors. Firstly, the VPN should have a large network of servers spread across various countries. More server locations mean you can play games from servers of various places.

Another important consideration is the availability and interface of a VPN application. The VPN is expected to be compatible with maximum devices and its interface for all such platforms should be equally good.

Lastly, the best gaming VPN should have a strong and clear privacy policy. The ideal VPN shouldn’t store logs in any form. I know many peoples don’t even consider it but it’s also something you should really care for.

With more than 3000 high-speed servers spread across 190 locations in 94 countries, ExpressVPN emerges to be the best VPN for gaming in 2021. One of the fastest VPNs out there commits its best to lower your ping time.

What the VPN does to reduce your ping is worth praising. It shortens the path between your computer and the gaming server, ensuing faster speed of data packets moving from your computer to the server. That’s why this VPN comes in handy while playing games that require quick reflexes.

Additionally, the VPN hides your IP address and makes you play the game anonymously. You don’t have to feel worried about the DDoS attacks if you’re using this VPN. Apart from accessing games like Call of Duty, League of Legends, FIFA, Minecraft, and PUBG, the VPN also lets you access geo-blocked services like Netflix, Hulu, and Amazon Prime.

The fastest VPN offers easy-to-use applications on a wide range of platforms. In addition to Windows, Mac, Android, and iOS, the VPN works exceptionally well for routers. This allows you to enjoy the VPN’s services in gaming consoles like PlayStation and Xbox.

NordVPN is a popular VPN provider that boasts a whole load of 5200+ servers in 60 countries worldwide. Having such a great server network is the biggest advantage of a VPN. It can connect you to that country’s network where the existing servers of the game are located. This will significantly reduce your ping.

Its self-developed NordLynx protocol, which is based on WireGuard protocol, has improved the speed of the VPN. Unlike earlier, the VPN now offers prompt and more importantly, stable connection over all the servers.

Another thing that I liked the most about NordVPN is its security tools and privacy policy. The VPN possesses a strict no-logs policy, audited by private institutions. We’re yet to see similar security audits in the majority of industry-standard VPNs.

The fast and reliable VPN is constantly being used by the pro gamers out there. The reason is pretty simple. As competitive gaming has too much at stake, many gamers try DDoS attacks on their competitors just to gain some advantage. It prevents such cyberattacks to a fairly large extent.

Surfshark is another well-polished company that’s probably the best VPN for gaming at such affordable pricing. The VPN fully protects your online privacy and makes your device secure while playing online games.

If you love traveling and want to access region-blocked games like PUBG from all parts of the world, try Surfshark without thinking of anything else. The sturdy VPN lets you play various restricted games by masking your original IP address.

It has well-designed applications for various devices including Android, iPhone, Mac, and Windows. The VPN can also be used on Xbox and PlayStation. Moreover, as the VPN offers unlimited simultaneous connections, you can secure as many devices as you want.

The VPN boasts of its advanced security features and won’t let you down if security and privacy are a matter of concern for you. Although there’re numerous such functions, an optional kill switch is by far the best thing you’d expect in a VPN like Surfshark.

CyberGhost operates a massive collection of 7100 servers across 91 countries and 112 server locations. I must say, the VPN’s server infrastructure is just unbeatable. Undoubtedly, it’s one of the best VPN for gaming, if not the best one.

This provider helps you get access to hundreds of well-known games that are not available in your region. Additionally, you can also buy premium games at less prices just by spoofing your location.

Another noteworthy feature of CyberGhost is that the VPN doesn’t impose any bandwidth restrictions. Using CyberGhost, you can rest assured that the VPN won’t limit your internet traffic i.e. the amount of internet data you can use. We’ve found that many VPNs tend to limit your data after a specific period but that’s not the case with this VPN.

There’re multiple ways through which you can use CyberGhost with your PlayStation, Xbox, or Wii. By changing your DNS settings, you can bypass geo-restrictions without facing any significant speed loss. Alternatively, you can also set up it on your router.

IPVanish is yet another affordable VPN like Surfshark. However, the Surfshark VPN has more precocious security tools and servers than IPVanish. But this couldn’t stop us from including it in this list of the 5 best VPN for gaming.

The VPN performed tremendously well in our speed tests. It offered fast and lasting internet connections without limiting the bandwidth. We’re able to enjoy lag-free gaming as it hardly increased our ping time.

What I genuinely like about IPVanish is the offering of 250 GB of SugarSync encrypted storage, in addition to the free backup with a new subscription. This lets you secure all your sensitive information from potential cyber-attacks.

While the VPN claims to have a strict no-logs policy, the mere fact that the VPN is based in the US doesn’t allow us to believe so. Though, we still hope that the company values your privacy and tries its best to keep your data secure. Overall, it’s a good choice for those looking for a fast, reliable, and quality VPN service.

What is the best VPN for gaming?

As of now, ExpressVPN is the best VPN for gaming. It has all that’s required for a great VPN service. It offers thousands of reliable servers, lightning speed, and advanced security protocols like LightWay.

Why should I use a VPN for gaming?

Due to high bandwidth usage, your ISP tends to throttle your connection. A Vpn stabilizes your internet connection and gives you a speedy as well as a stable connection throughout the game. Furthermore, it protects you from DDoS attacks by your opponents in competitive gaming.

Nope. No one should use free VPNs. Have you ever wondered how free VPNs cover their expenses if they don’t charge anything from you? Well, some free providers sell your valuable data to advertisers just to get some revenue. Others are entirely dependent on advertising and thus, bombard you with irrelevant, hazardous ads.

Plus, free VPNs often impose bandwidth restrictions. That means you can’t use additional bandwidth once you cross a certain limit. This can surely ruin your whole gaming experience.

So, that’s all about the 5 best VPN for gaming. ExpressVPN with some exciting features tops this list, followed by the likes of NordVPN and Surfshark. We have in-depth reviews of these VPNs too, in case you’re interested. 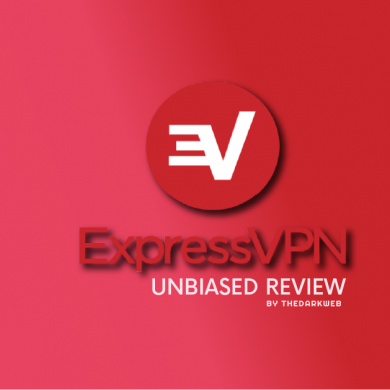 ExpressVPN review 2021: Is it worth the money? (A must read)