Are you in need of a lightweight, reliable, and more importantly, secure VPN for your iPhone? If yes, then you’re probably at the right place as today we’re going to tell you about the 5 best VPN for iPhone.

Generally, iPhones are known to be more secure and protected than the competition. The company primarily focuses on its user’s safety, which is also clearly visible in its device updates in recent years.

However, once you’re up on the internet browsing random websites, there’s nothing much your iPhone’s prominent security features can do. As soon as you visit any website on the internet, your online identity gets disclosed.

Websites can then locate your IP address, track your online activities, access your browsing history, and in the worst case, can also hand over your private data to oppressive governments. You can’t really prevent this unless you have got a VPN to take care of it.

VPNs come in handy for protecting your online privacy. They hide your real IP address making you browse the internet anonymously. Plus, they also let you stream geo-restricted content that isn’t accessible at your place otherwise.

Things to keep in mind before buying a VPN

Of the countless queries we received about VPNs, “How to find the best VPN for iPhone” was the most frequent one. People out there are more than curious to know what makes a VPN worth buying for their iPhone.

Though we’ve already reviewed the 5 best VPN for iPhone in this post, we want to make you aware of the things you should consider before you opt for a given VPN provider.

1. Privacy Policy: The main motive of employing a VPN on your iPhone is to make your online data secure. And if a VPN isn’t keeping your personal information private, there’s no point in wasting your money on it. Your desired VPN must have a strict no-logs policy, which ensures that the VPN itself can’t access your data. We advise you to avoid all those VPNs with an uncertain privacy policy.

2. Speed: Speed is another factor you should consider if you’re into movies and TV shows streaming. A VPN that offers good internet speed while streaming and torrenting should be your top preference.

3. Security and Protocols: VPNs often encrypt your internet traffic in such a way that no one can squeeze anything out of it. If you’re using a VPN that uses strong military-grade encryption, it would surely enhance your security. Talking about protocols, OpenVPN and WireGuard are the industry leaders offering fast and secure connections. You can trust a VPN that possesses any of the two protocols. However, we prefer WireGuard over OpenVPN as the former is the most advanced protocol out there.

4. Pricing: No matter how extensively a VPN company boasts its security features to justify its expensive pricing, you should always look for a great VPN having reasonable plans. Remember, expensive services aren’t always worth it. Numerous VPNs offer quality services at an affordable cost.

ExpressVPN is such an excellent VPN that it has again made it onto the top of our list of 5 best VPN for iPhone. Unlike many VPNs out there, it has a dedicated application for iOS. Its intuitive iPhone application offers a seamless experience and is quite easy to use.

One of the most downloaded VPN has over 3000 servers in as many as 90+ countries. You can access its fast-speed servers from more than 190 locations worldwide.

When it comes to unblocking geo-blocked services, the VPN becomes unbeatable. If you’re a movie and TV shows enthusiast looking to access various cinematic masterpieces restricted in your area, just go ahead with ExpressVPN.

The VPN has a strict no-logs policy that prohibits it from distributing its user’s data in any form. And not to mention the VPN is based on the British Virgin Islands, a privacy-friendly nation that values privacy.

With more than 5900 servers operating in 59+ countries, NordVPN is another popular VPN that protects your iPhone from privacy thefts and cyber attacks. Its iPhone application owns a sleek and uncluttered interface.

Along with the standard AES 256-bit encryption, the VPN also has an automatic kill switch (that shuts your internet once VPN gets disconnected) and multihop (that passes your traffic through two different servers) features.

If privacy is really significant to you and you can’t risk your private information at any cost, then this VPN is for you. It holds a strict no-logs policy, which has been audited by PricewaterhouseCoopers.

This is something that a majority of VPNs avoid and NordVPN should be appreciated for that. We would like to see more such security audits of other VPNs too.

Surfshark is another promising VPN that has to be included in this list of best VPN for iPhone for its unblocking capabilities, privacy policy, and security protocols. There are over 3200 Surfshark servers in 65+ countries.

Its military-grade encryption encrypts your internet traffic and protects your data whenever you’re on public wifi. Its IKEv2 and WireGuard protocols are well optimized for iPhones.

Coming to its additional benefits, the VPN is fully loaded with security functions like CleanWeb and Whitelister. CleanWeb blocks annoying ads and malware attacks meanwhile Whitelister allows you to whitelist the apps you don’t want to access using VPN.

What I like about Surfshark VPN the most is the use of RAM-only servers for storing user’s information. Any information stored on these servers gets automatically deleted as soon as the servers are turned off.

IPVanish is a value-packed VPN that maintains a well-distributed network of servers. It operates over 1600+ servers in 75+ countries. Moreover, dedicated streaming servers are also there to offer lightning speed while streaming.

The VPN allows you to connect almost 10 devices simultaneously. This feature lets you secure your iPhone along with some other devices you own including Windows, Mac, or Android. Plus, you can also safeguard your family’s devices with the help of a single subscription.

However, we don’t like the fact that the VPN is based in the US, which is a part of 14 eyes surveillance. So, in the future, the US government might force it to share its user’s private information.

But the good thing here is that the VPN keeps a zero-logging policy. It confirms that the company doesn’t store public information in any form.

VyprVPN is yet another appealing VPN to be featured in this list of the 5 best VPN for iPhone. It is one of the most secure VPNs that possess some advanced security tools.

It enjoys a collection of over 700 servers across 70+ locations. Moreover, you don’t have to put tremendous effort into finding a suitable server as it automatically connects you to the fastest server available nearby you.

The VPN has over 300,000 IP addresses and the good thing is that the company owns them all. There is no third-party involvement in these servers. So your valuable data is safe from hackers and advertisers.

VyprVPN’s USP is its unique Chameleon Protocol that can easily bypass heavy internet censorship. However, this isn’t operational in iPhone and that’s why the VPN is placed at the bottom of our list. All in all, it’s a decent VPN with effective security options.

What is the best VPN for iPhone?

All the VPNs listed above have their unique functionalities and are available in different price ranges. It’s quite hard to choose one among them (especially between NordVPN and ExpressVPN). But if I have to pick one, I’ll probably go with ExpressVPN as it is the most secure, trusted, and easy-to-use VPN and has a wide selection of servers too.

Is VPN legal to use?

Yes, VPNs are absolutely legal and you can freely use VPNs without worrying about any kind of legal issues. However, countries with dictatorial governments like China, Russia, Turkey, UAE, etc put certain restrictions on their use.

No, you shouldn’t use free VPNs as they’re not secure enough to protect your online privacy. Furthermore, many free VPNs have been found guilty of selling their user’s data to advertisers. You should ignore these kinds of VPN.

How to set up a VPN on iPhone?

There is no rocket science involved in installing a VPN on your iPhone. It’s quite similar to how you install them on your Android. First thing first, you’ve to buy a VPN of your choice, using this comprehensive guide. Then install its application from the AppStore. After that, just select a server available at your location and enjoy browsing. 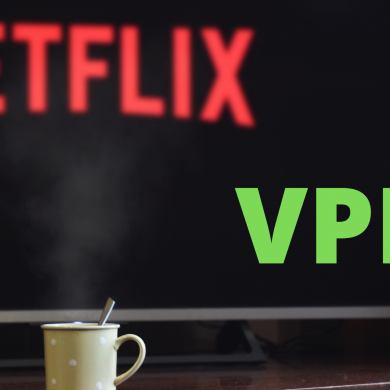